On a hill near the entrance to Frankie Allen Park in Buckhead sits a small cemetery containing 45 known burial plots. The Mt. Olive Cemetery holds on as the last remnant of the Macedonia Park community.

In March, members of the Buckhead Heritage Society observed that some of the few remaining gravesites had been vandalized, their heavy tombstones pushed down and broken.

“There were three of only seven that remained standing in the cemetery,” said Erica Danylchak, executive director of the Buckhead Heritage Society.

The society is raising funds to restore, stabilize and clean the gravestones. It also is organizing a volunteer work day for general cleanup of the property. Anyone interested in volunteering can email info@buckheadheritage.com for more details and upcoming volunteer events.

“We have had an outpouring of offers of volunteer support,” she said. “In the face of such disheartening vandalism, it is gratifying to have such support from the community for the preservation of this significant historic site.”

The cemetery was associated with the Mt. Olive African Methodist Episcopal Church, which was formed by newly freed slaves and existed as early as 1870, Danylchak said.

The society has advocated for preservation of the Mt. Olive Cemetery since 2009. In 2010, Danylchak said, the Fulton County Superior Court barred a developer from removing graves from the site as the result of a lawsuit on behalf of a man whose ancestors are buried in Mt. Olive Cemetery.

Frankie Allen Park has gone through a variety of changes throughout the years. Initially named Bagley Park after William Bagley, who lived in Macedonia Park, the property has become a popular spot for youth baseball.

Many park-goers may not even realize that the cemetery is there. From a distance, the few headstones are barely visible in the shade of surrounding trees.

Danylchak said the volunteers’ work “will send an important message about the value of this site to our community and its history.” 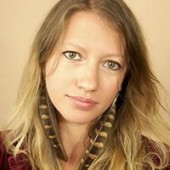